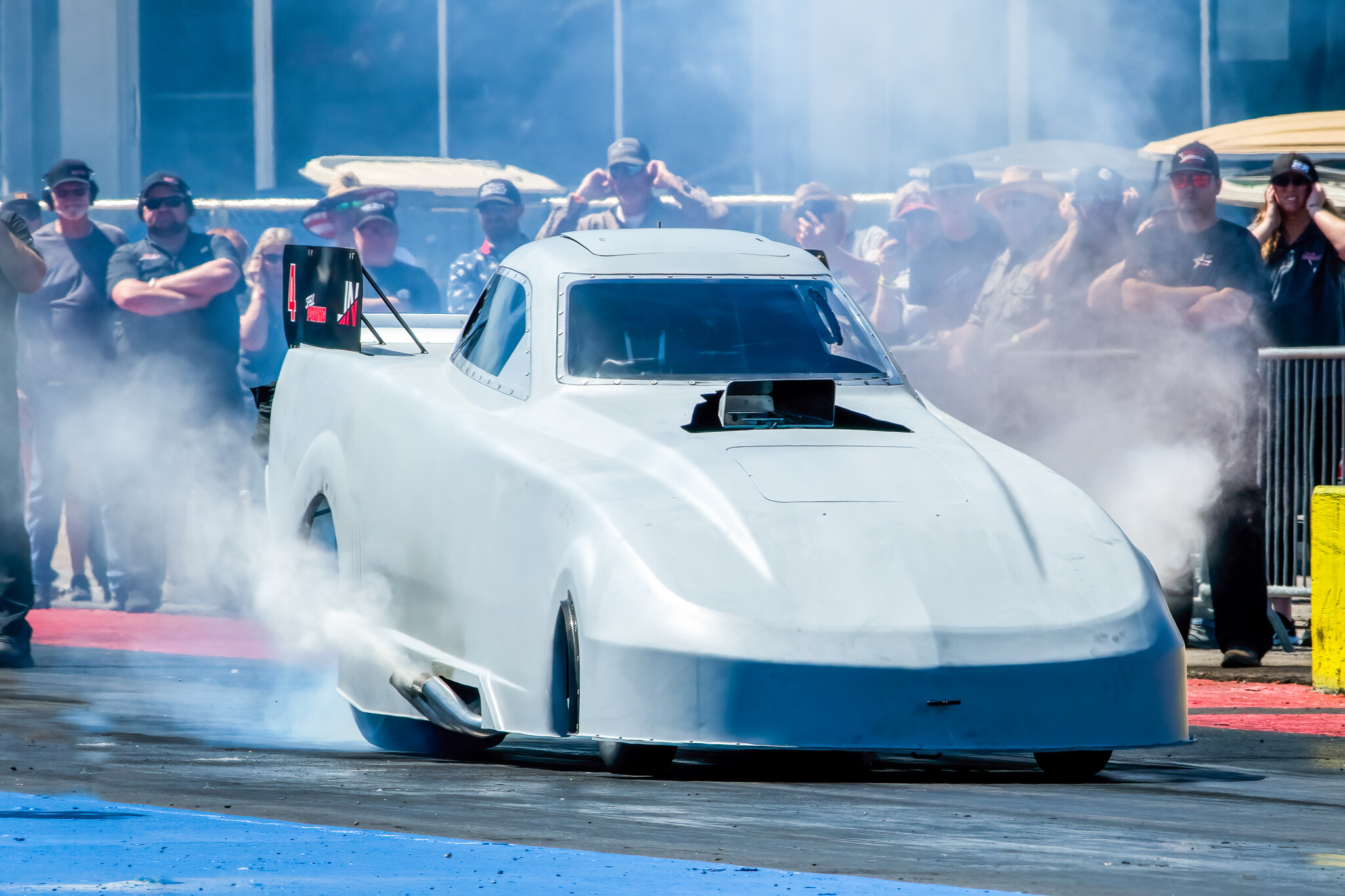 OLATHE, Kan. (April 6, 2022) – Going into the second annual Funny Car Chaos Classic with an untested new combination, Randy Meyer didn’t know what to expect out of his A/Fuel Funny Car. The Funny Car combination proved to be more challenging than the Top Alcohol Dragster veteran expected, as the Julie Nataas-driven Randy Meyer Racing A/Fuel Funny Car went up in tire smoke on all three qualifying attempts at the Texas Motorplex. 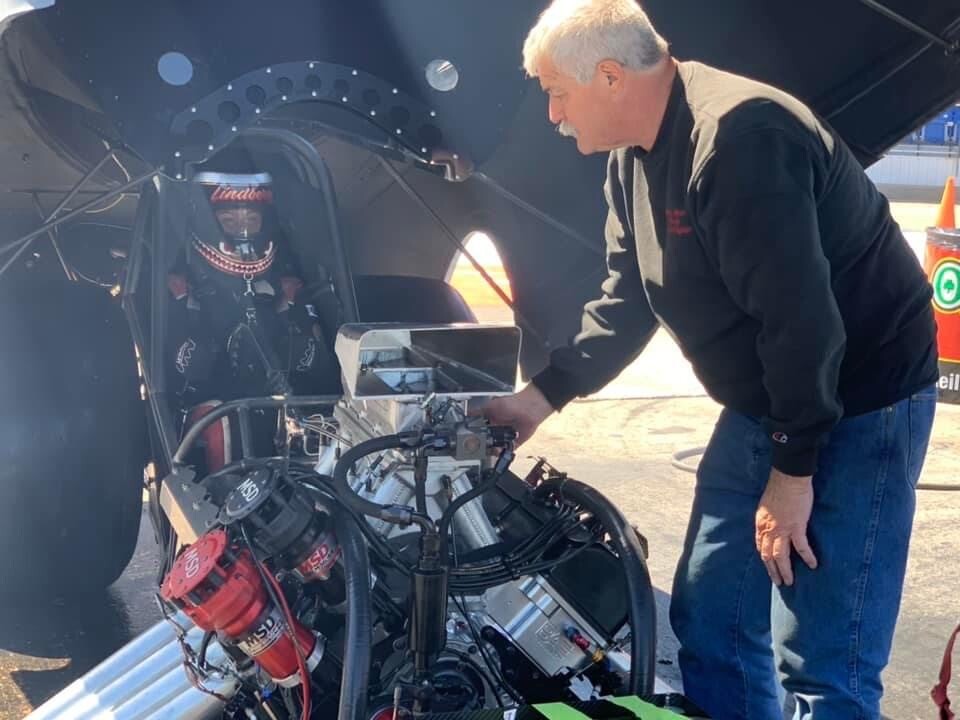 Despite the rocky start, Meyer is still determined to make the nitro-injected A/Fuel Funny Car a viable option for drivers looking to eventually move up to nitro Funny Car.

“We’re not at all discouraged,” Meyer said. “I knew it would be a challenge. I didn’t think it would be quite as big of a challenge as it turned out to be to get the car off the starting line. It had nothing to do with the racetrack – it was plenty good. We didn’t have enough pieces to do what we needed to do, so we tried to make the best of what we had. We’ll be better prepared now that we know the areas we need to work on. We’re not giving up. We’re just getting started.”

Meyer was impressed by the reception the car received both at the track and online.

“We were hoping for a better performance and to put on a better show for the fans,” Meyer said. “It was amazing how many people came by to check out the car and were intrigued by it. That was really great.” 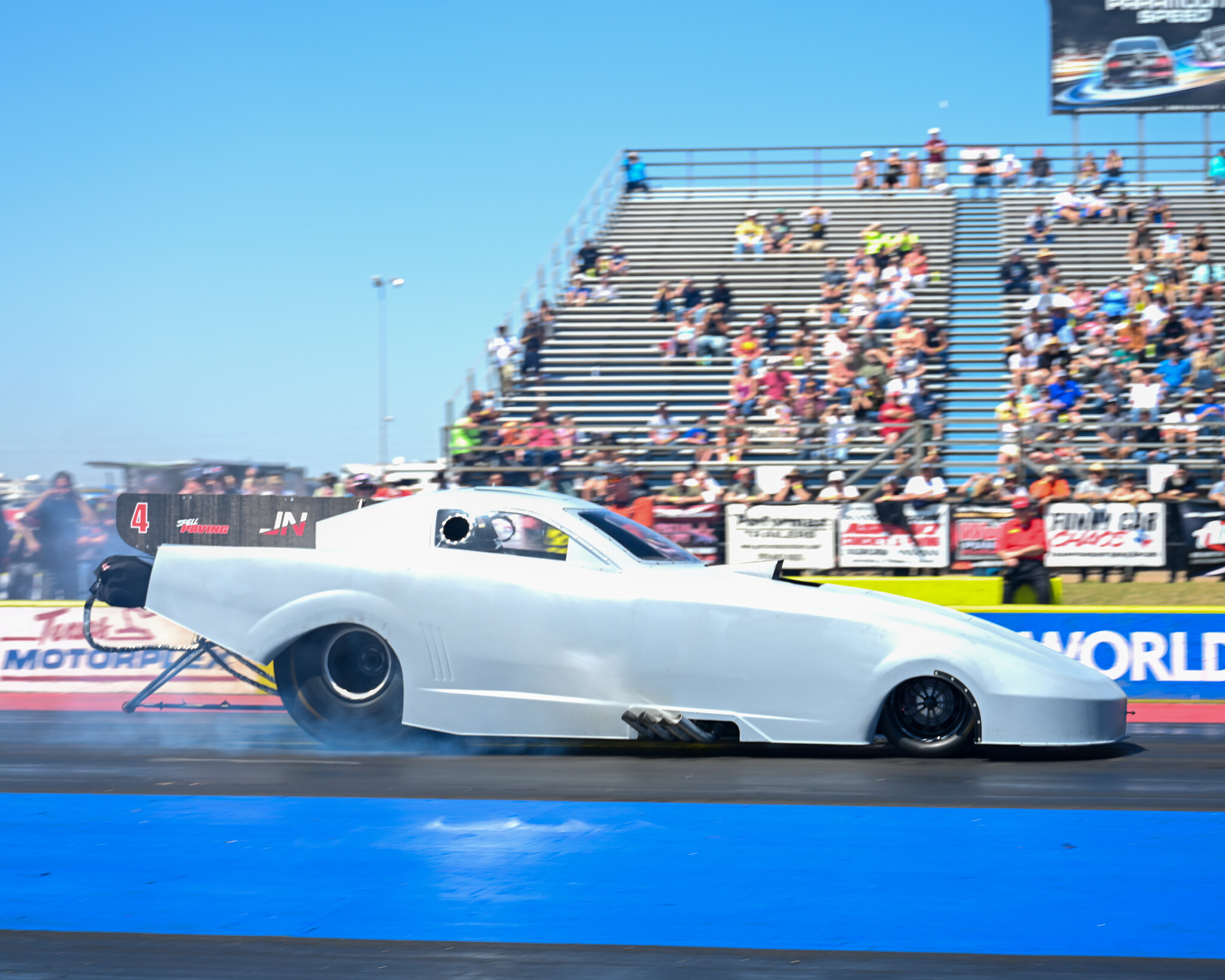 “It’s the only race I’ve ever been to where I did really bad and still had a smile on my face,” Meyer laughed. “Every single person there – whether it was a driver, owner, spectator, worker – everybody had a smile on their face. Everybody was happy. It was just a nice, laidback atmosphere.”

Meyer plans to bring the Funny Car back out for testing once there’s a break in the team’s busy NHRA Lucas Oil Series schedule. He also still plans to run the two Nitro Chaos races later this year.

“We’re going to do the Nitro Chaos race at Mo-Kan Dragway (July 15-16), we just don’t know if we’re going to take the Funny Car or the dragster,” Meyer said. “We plan on being there regardless just because it’s close to home and we want to continue to support those races. It’s a good deal for these smaller venues, and as racers, you get treated really nice with respect. That’s what I liked about it.”

Meyer encourages fans to stay tuned for further developments, as he’s already working on improvements for the car’s next outing.

“We’re going to regroup and make some new parts and change stuff on the chassis,” Meyer said. “I want to thank all the people and fans who came out to support us. We’ll be back and hopefully we’ll be better prepared next time out. Don’t give up on us yet.”