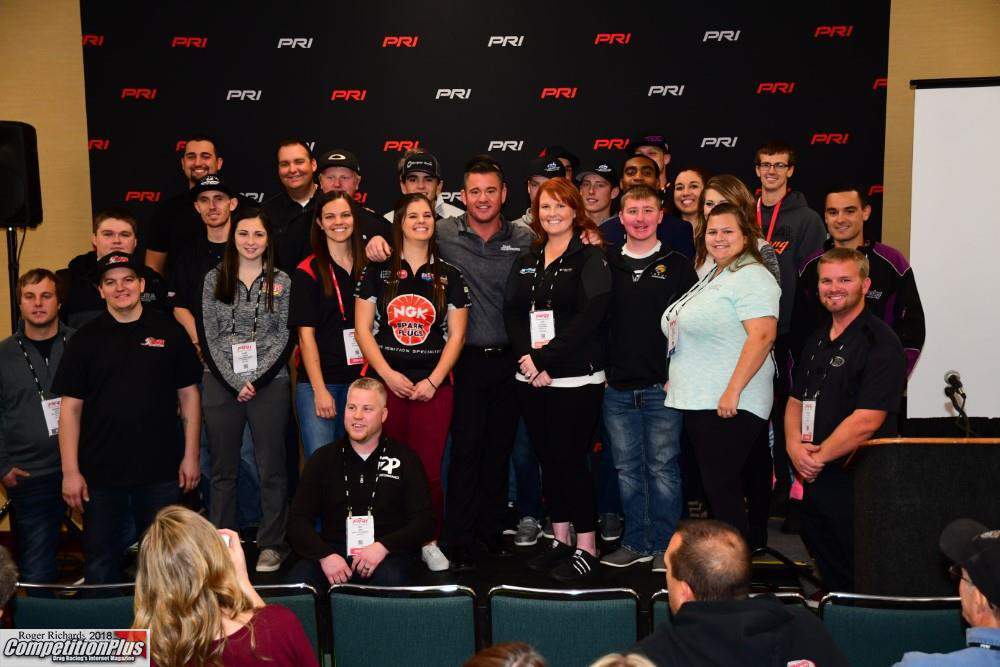 Before a packed PRI 2018 media center, Drag Illustrated Magazine unveiled its 2018 Class of “30 Under 30”, where the magazine honors those that will carry drag racing into the future.
Among this year’s honorees is Marina Anderson, NHRA TA/D owner-driver. 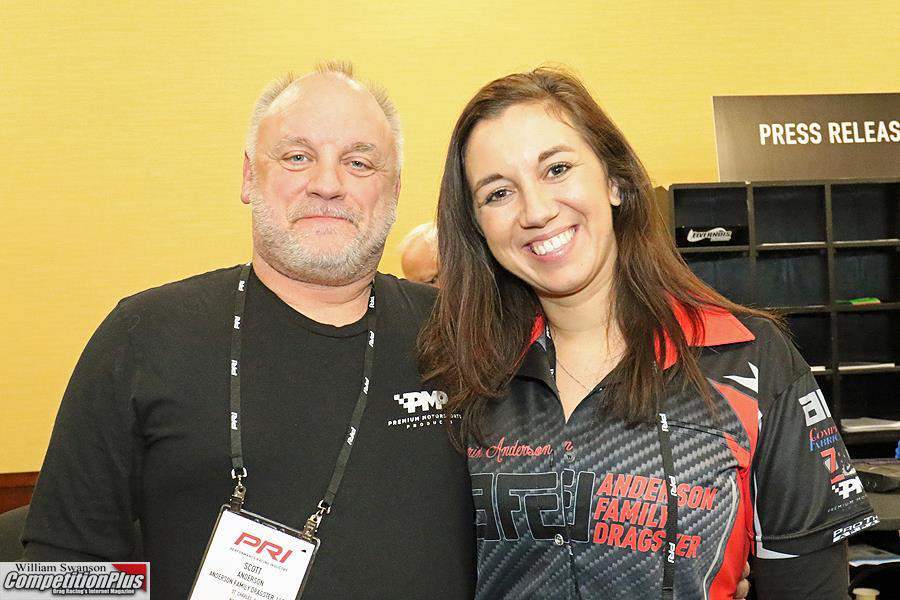 Beginning her journey in drag racing as a young girl while accompanying her dad Scott Anderson to Summit Motorsports Park, Marina expressed confidently to legendary crew chief Jerry Darrien that she would one day drive a fuel dragster.
Eight years ago Anderson followed through by starting the build of her dragster. With the assistance of her dad Scott and Dave Daumheimer from Competition Fabrications, the Jerry Darrien powered A/Fuel dragster was completed in 2016. All while Anderson earned her degree in supply chain management, and then embarking on her career in logistics and materials management.
The next milestone came in June of 2017 with Anderson earning her NHRA competition license at Route 66 Raceway, and was quickly followed later that summer with her competition debut at the Lucas Oil Nationals in Brainerd, MN. Two regional events followed in 2017 and Marina finished 12th in NHRA North Central Region points.
Determination and enthusiasm are just two of the many qualities that Marina Anderson possesses. Yet it takes more than that to run cars like this at a competitive level. To that end Marina brought on support from Premium Motorsports Products, Feece Oil, and Goodson Tools.
The 2018 season brought a schedule of five races, including the Norwalk and Chicago NHRA national events. It also brought insight into tuning these fickle beasts. Notable tuners such as Zizzo Racing’s Mike Kern are quick to share their knowledge with Marina and Scott. Yet it is the Anderson Family Dragster team that must execute, and through incremental improvements the Marina led team made a significant leap at their final race of the season at the North Central Regional in St. Louis. There Anderson qualified 3rd in a very competitive field with a career best run of 5.450 seconds at 245 MPH. Marina finished the 2018 season 11th in North Central Region points. 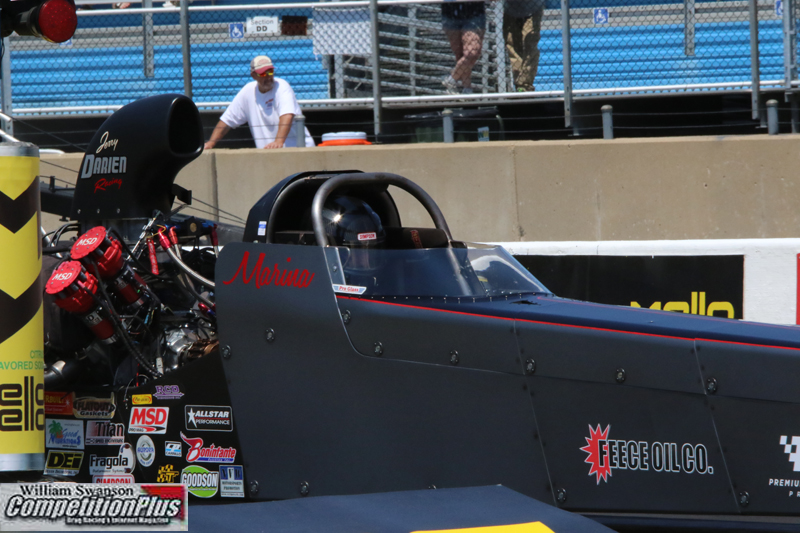 The 2019 season promises to be another turning point for Marina Anderson and the Anderson Family Dragster team, with a preliminary schedule of 8 NHRA National and Regional events. 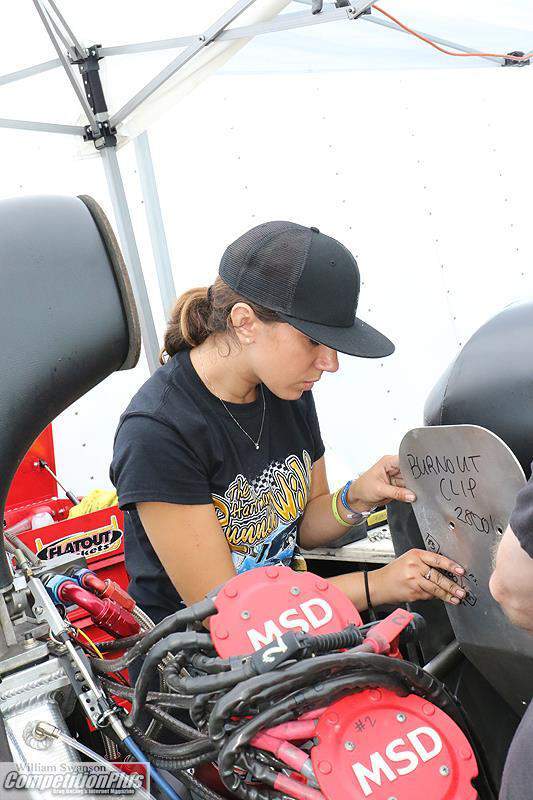 “I am humbled that I was chosen for the 2018 Drag Illustrated 30 under 30 list. It is an honor to be a part of it.” said Anderson. “Thanks to all of the many people that are the only reason I have gotten this far. Your support means everything and I’m going to continue digging for more and hopefully inspiring others to do the same.” 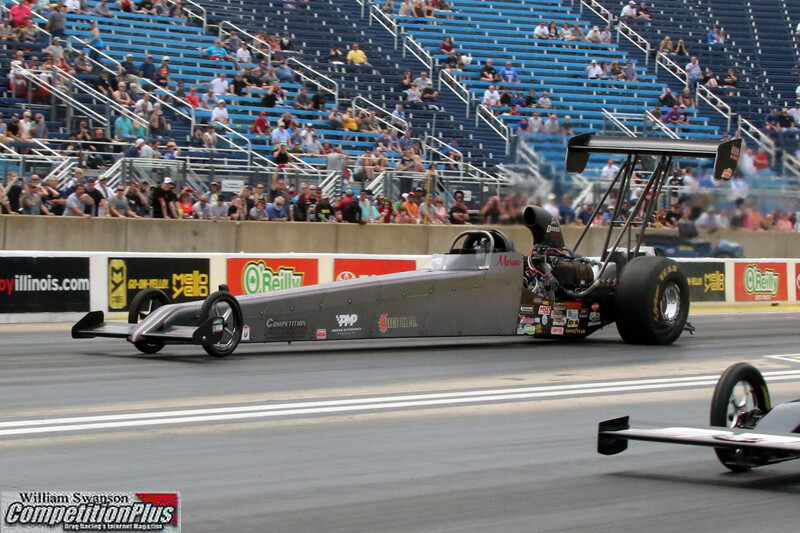