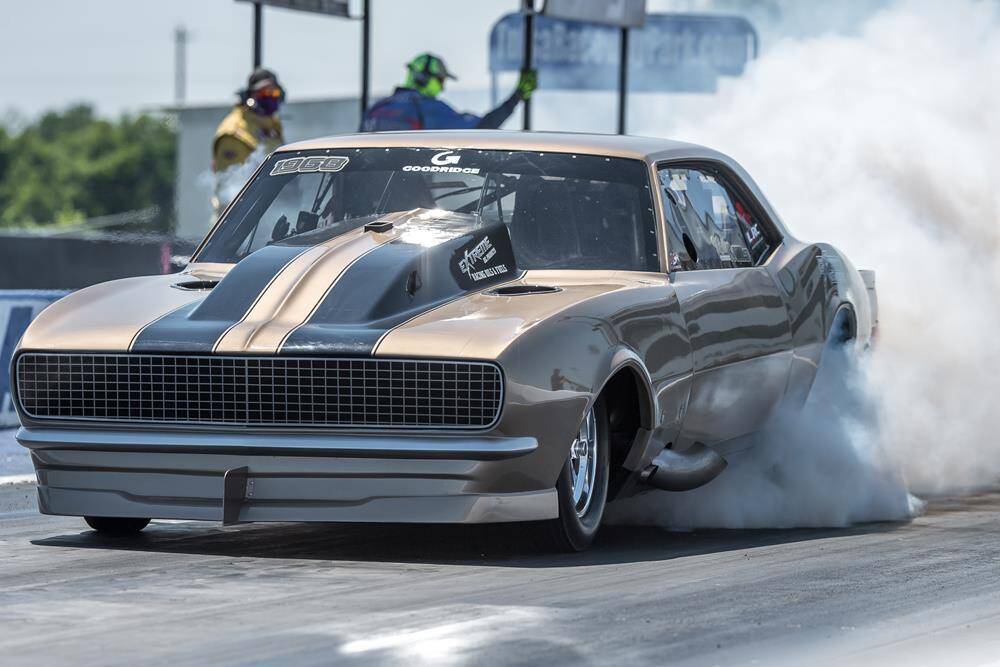 Join us in welcoming Kallee Mills as an Official Car Chix Member!  Kallee Mills competed and finished in the top 12 of the 2020 Women of Motorsports Contest to earn her spot as Ms. December in the Accelerated Racing Solutions sponsored month of the 2021 Car Chix Calendar. 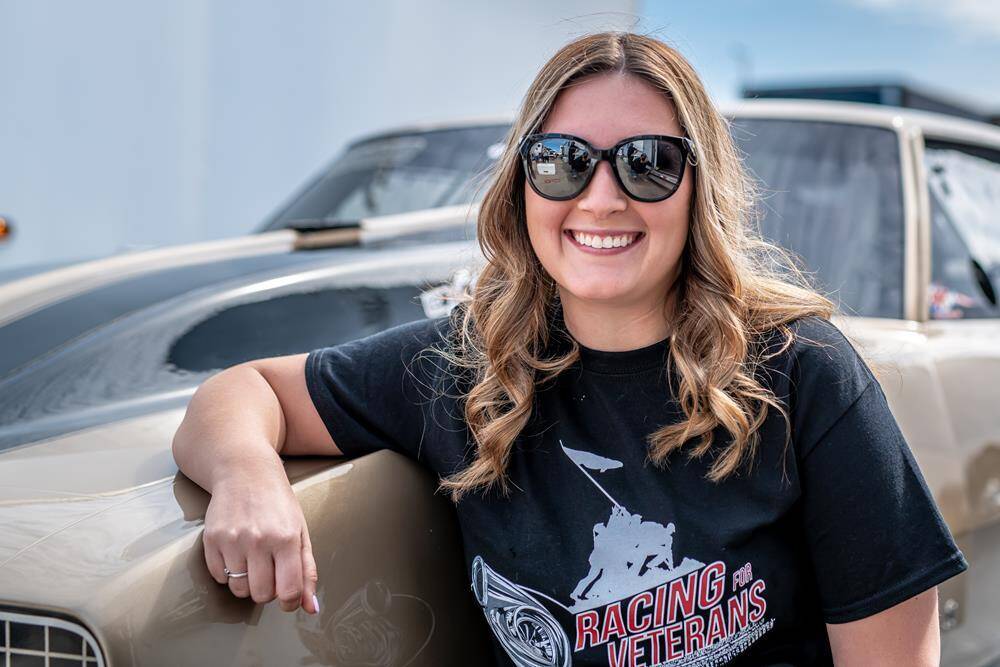 “For I know the plans I have for you, declares the Lord, plans to prosper you and not to harm you, plans to give you hope and a future.” – Jeremiah 29:11

HOW DID YOU GET INVOLVED WITH AUTOMOBILES/MOTORSPORTS:

I have been in the motorsports industry my entire life. When I was a baby my dad worked on sprint cars and raced four wheelers. I originally started racing four wheelers at the age of 5. I raced a few times then my mom didn’t like it so I wasn’t allowed to race my four wheeler anymore. My dad bought me a go cart I rode around our property for fun and I would drive my go cart around and around so my dad thought I might be interested in dirt track racing. He took me out to our local dirt track, Port City Raceway in Tulsa, Oklahoma. I liked watching but I wasn’t a fan of all the dirt or all the wrecking. When I was about 9 he took me out to Tulsa Raceway Park, and I fell in love with Jr. Dragster racing. After that I have been drag racing ever since. So, the short version is me and my dad have been doing this together for many years and he is the one that got me involved.

HOW LONG HAVE YOU BEEN INVOLVED WITH AUTOMOBILES/MOTORSPORTS:

WHAT DO YOU LOVE ABOUT AUTOMOBILES/MOTORSPORTS:

I love meeting all different types of people from all over the world and country. Some of my best friends have come from the racetrack. We are one big family.

WHAT IS YOUR BEST CAR/RACING/MOTORSPORTS RELATED MEMORY:

My favorite memory is when me and my dad had to race each other at Outlaw Armageddon in August 2020. It was my first official “no prep” race and we drew each other second round. I was so proud of myself because this was my first race and it was also a flash light start. I got the left lane against my dad. The flash light is easier to see the in that lane. I knew my dad’s car had been running really well but, I knew if I could get a good light I had a good chance at winning because my car had been running stellar. I had him on the light and he ended up driving around me at the top end and won because I had to let out because my car was going left. This was amazing because we both have cars that look alike and people were so confused. But it was also our first time to race on the track and we are both very competitive. After he beat me that weekend I wanted revenge so I talked him into going to the Mid-West Drag Racing Series race in St. Louis and now I’m ahead 4-3.

WHAT IS YOUR WORST CAR/RACING/MOTORSPORTS RELATED MEMORY:

My worst memories in racing have to do with my dad wrecking. In 2015 at SGMP he went air born and hit the wall and wrecked his RVW car The Golden Gorilla. Then This year in August he wrecked my car The Golden Kong on the set of Street Outlaws Street Racing in Nebraska. I wasn’t there for either wrecks but as soon as I got the news my heart sunk to my stomach. I just wanted to hug him and make sure he was okay. The worst one was the accident on the street. It was a horrific accident and I couldn’t believe he wasn’t hurt but we both wear top of the line safety equipment.

WHAT ARE YOUR GOALS FOR NEXT SEASON:

My goals for next season are:

WHAT ARE THE BIGGEST CHALLENGES FOR REACHING YOUR GOALS:

Myself. I can sometimes make mistakes driving or just in life in general and I am so hard on myself. When I got behind the wheel of Golden Kong at first I would sit in the car and go through the routine even before starting the car. I learned what button did what and what to do if something bad happened. I got in the car and did great on a prepped surface. One of first races was a shootout at my home track at the midnight drags trying to get down on a no prep track, I didn’t have much experience. I was struggling and feeling extremely defeated. So many people came up to me and said you are doing great you will get the hang of it. I lost first round and went home on Saturday night, but Monday came around and we went back to the track Monday night to figure out what was going on and everything felt a lot better. When one thing goes wrong I can sometimes keep in it my head and ponder on it. If I would just go up there and do what I know I can do I am a lot better racer.

ANY BIG MODS OR BUILDS GOING ON DURING THE OFF SEASON:

Well currently my car The Golden Kong is getting rebuilt because of an accident. But we are going to keep the same set up.

We have a new car secret car coming out of the Mills Racing Camp I won’t be the official driver just yet. I have a feeling I will be behind the wheel of it soon though.

DO YOU HAVE ANY OTHER HOBBIES OR PASSIONS:

My other passions include hosting events, posting on social media (I’m a social media coordinator for one of my three jobs. HAHA), being a dog mom, helping my family, hanging out with my best friends, traveling the world (before COVID hit), I graduated college and I am planning on going back soon. I love fishing and hanging out on the water whether that means the beach or the lake.

WHAT ARE YOUR TOP SONGS FOR WHEN YOU ARE DOING CARS THINGS / RACING:

IF YOU GOT A MILLION DOLLARS TOMORROW, WHAT WOULD YOU DO WITH IT?

Buy a house in Seaside, Florida.

Everyone is going to have something to say about you good or bad. Take every comment with a grain of salt. I have had many people laugh at me when I said I’m going to do something. Use those people as motivation and keep your eyes ahead of you and don’t worry about those people that try to bring you down. But also, don’t forget where you came from. Although you might be the best driver or crew person don’t let it get to your head.