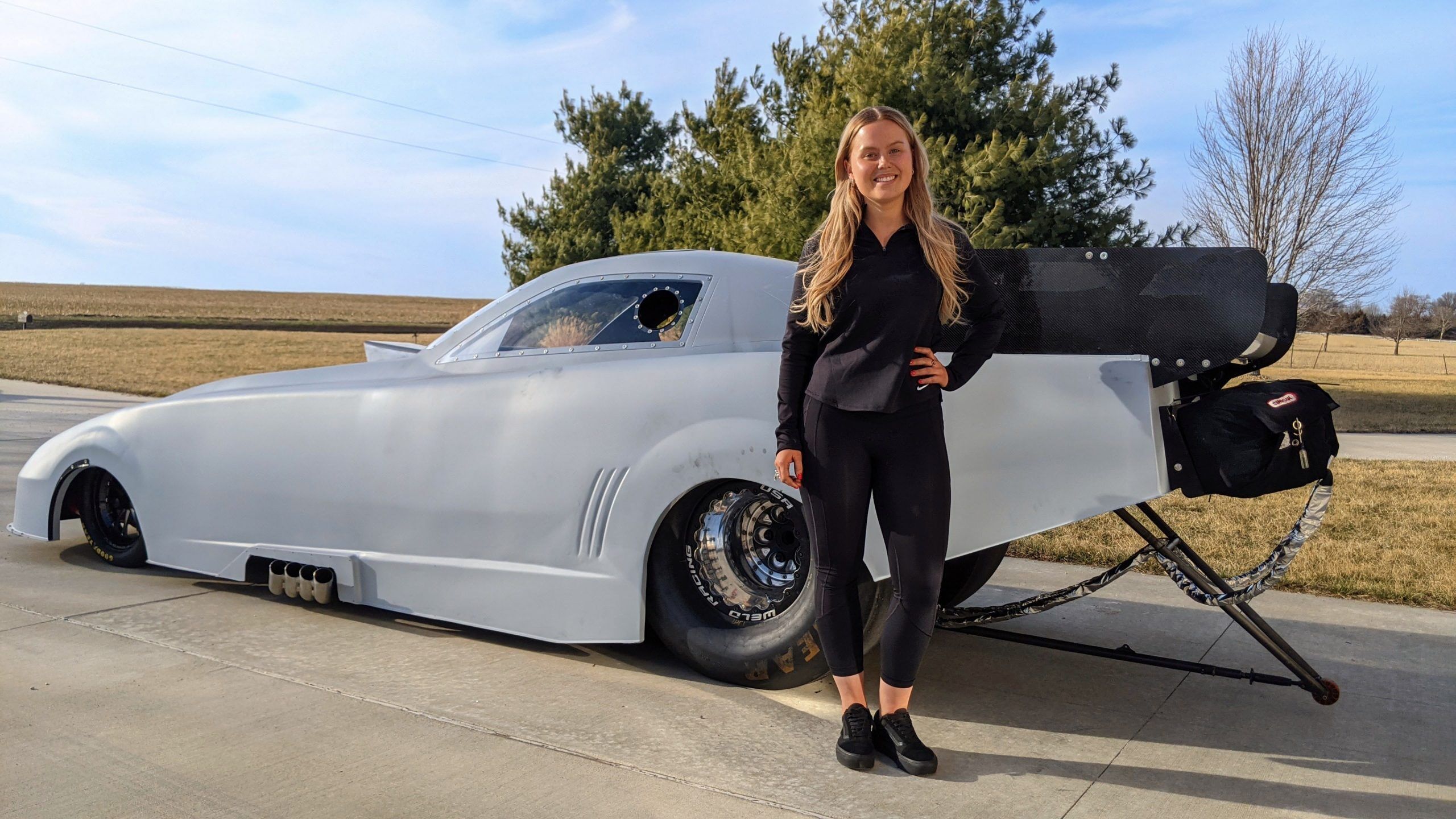 OLATHE, Kan. (March 22, 2022) – After winning the last three NHRA Lucas Oil Series Top Alcohol Dragster world championships with daughters Megan and Rachel, A/Fuel tuner and team owner Randy Meyer is looking for a new challenge. He’s found one – or built one, rather – as he plans to debut his new A/Fuel Funny Car this weekend at the Funny Car Chaos Classic, March 24-26 at the Texas Motorplex. Julie Nataas, Randy Meyer Racing’s primary driver this season, will drive the new car.

“We’re doing this for multiple reasons,” Meyer said. “I wanted a new challenge and we’re looking to diversify our operation and help drivers that want to eventually move up to fuel Funny Car but can’t get experience anywhere else. The Funny Car Chaos deal is becoming more popular here in the Midwest, so it’s an opportunity for us to go race close to home, have some fun, and take on a new challenge.”

Nataas has spent the last three seasons racing full-time in NHRA Top Alcohol Dragster behind the wheel of one of Meyer’s nitro-injected A/Fuel dragsters. Like Meyer, she’s looking forward to a new experience. 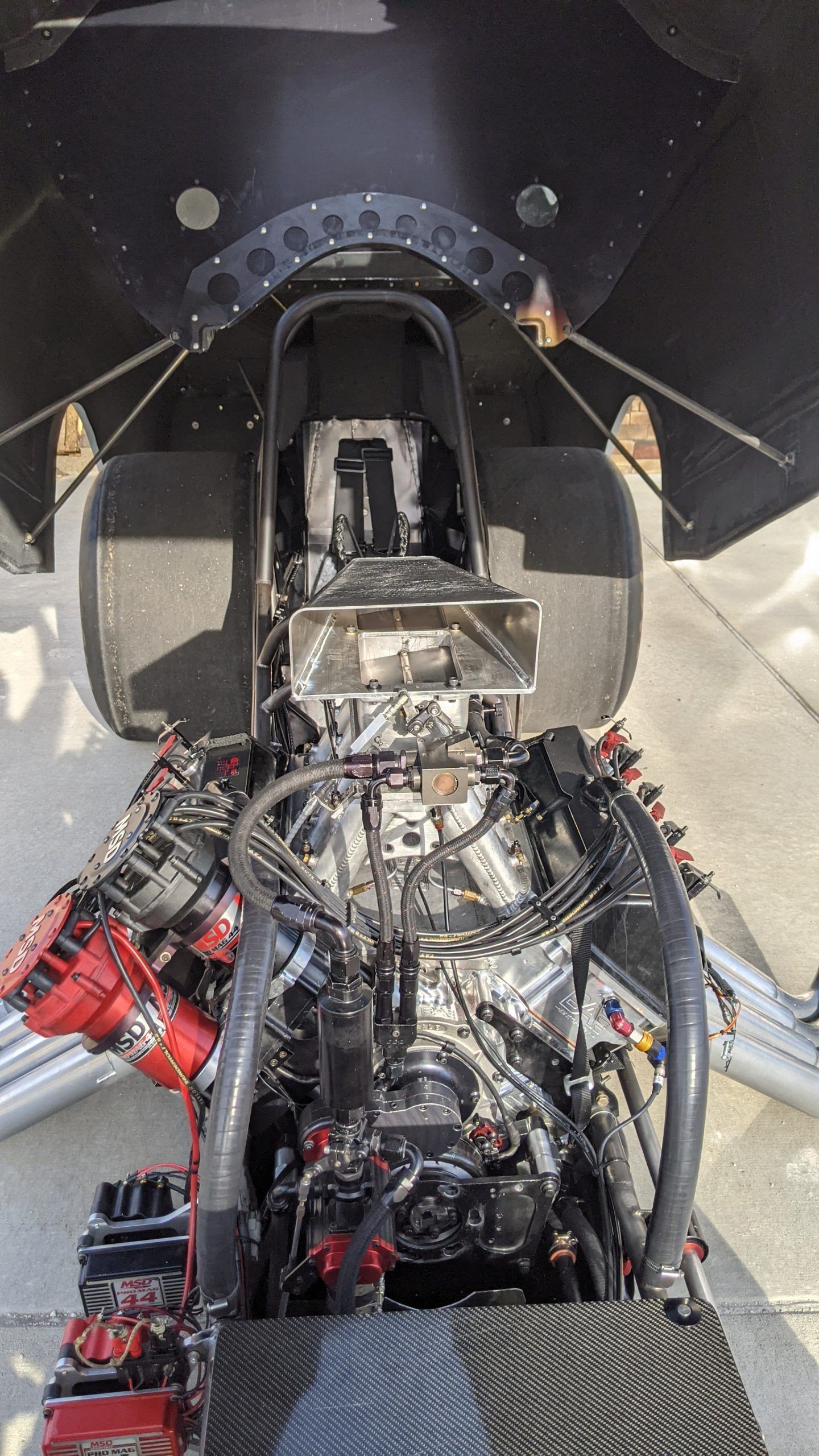 “I can’t even describe how excited I am,” Nataas said. “Not just for me to drive the car but for the whole team. I’ve been wanting to drive a Funny Car for a while, so when Randy asked me if I wanted to drive, I couldn’t say no. It’s going to be a new and exciting project for all of us.”

“She might not want to drive a dragster again after this, who knows,” Meyer laughed. “She’s been first on the list to drive this car for a while. The time’s right to bring it out.”

The car is a 2016 Murf McKinney-built chassis formerly campaigned by Brian Hough in NHRA Top Alcohol Funny Car. It sustained damage in a minor crash, but racer and chassis builder Jonnie Lindberg fixed it up before Meyer bought it for the A/Fuel project. The car then underwent a series of changes in Meyer’s shop to prepare it for an injected nitro engine.

“For the last eight months, I’ve been building a lot of pieces and modifying a lot of stuff on the car,” Meyer said. “The car was never made for nitro or A/Fuel, so we had to do heavy modifications to get it to where I wanted it. Once we run it, we’ll probably modify it more to get it to where it works like it needs to, but we have to start somewhere. We’re starting with what we have and we’ll go from there.”

The car isn’t 100% ready from a cosmetic standpoint, as it hasn’t been painted yet, but Meyer wanted to take advantage of a break in the team’s hectic NHRA Lucas Oil Series schedule to get the car on track.

“We’ll only probably run it three times this year because of our NHRA schedule,” Meyer said. “Running the dragsters and chasing the world championship with Julie is still our priority for this year. Next year we look to run the Funny Car a lot more.”

Over the past two decades, Meyer has rented his cars out to other drivers, providing them with the opportunity to race at a high level and contend for race wins and championships. Some drivers use the A/Fuel dragster as proving grounds and a stepping stone for Top Fuel. Meyer’s goal for the A/Fuel Funny Car is to provide that same opportunity for drivers looking to make the move to a 330-mph nitro Funny Car.

Nataas, a two-time NHRA North Central Region champion, is one of those drivers hoping to get the feel for a Funny Car’s enclosed flip-top body and shorter wheelbase to prepare for a potential move to a quicker and faster Funny Car.

“This can definitely be a stepping stone to nitro Funny Car,” Nataas said. “The last couple years I’ve said I can see myself in a nitro Funny Car, but I really don’t know what it’s actually like to drive one compared to a dragster or anything else I’ve driven. We’re about to find out.”

The Funny Car chassis will also give Meyer the option to swap out the Funny Car body for an Altered body to run Fuel Altered events or match races. It’s all part of Meyer’s plan to diversify his options. 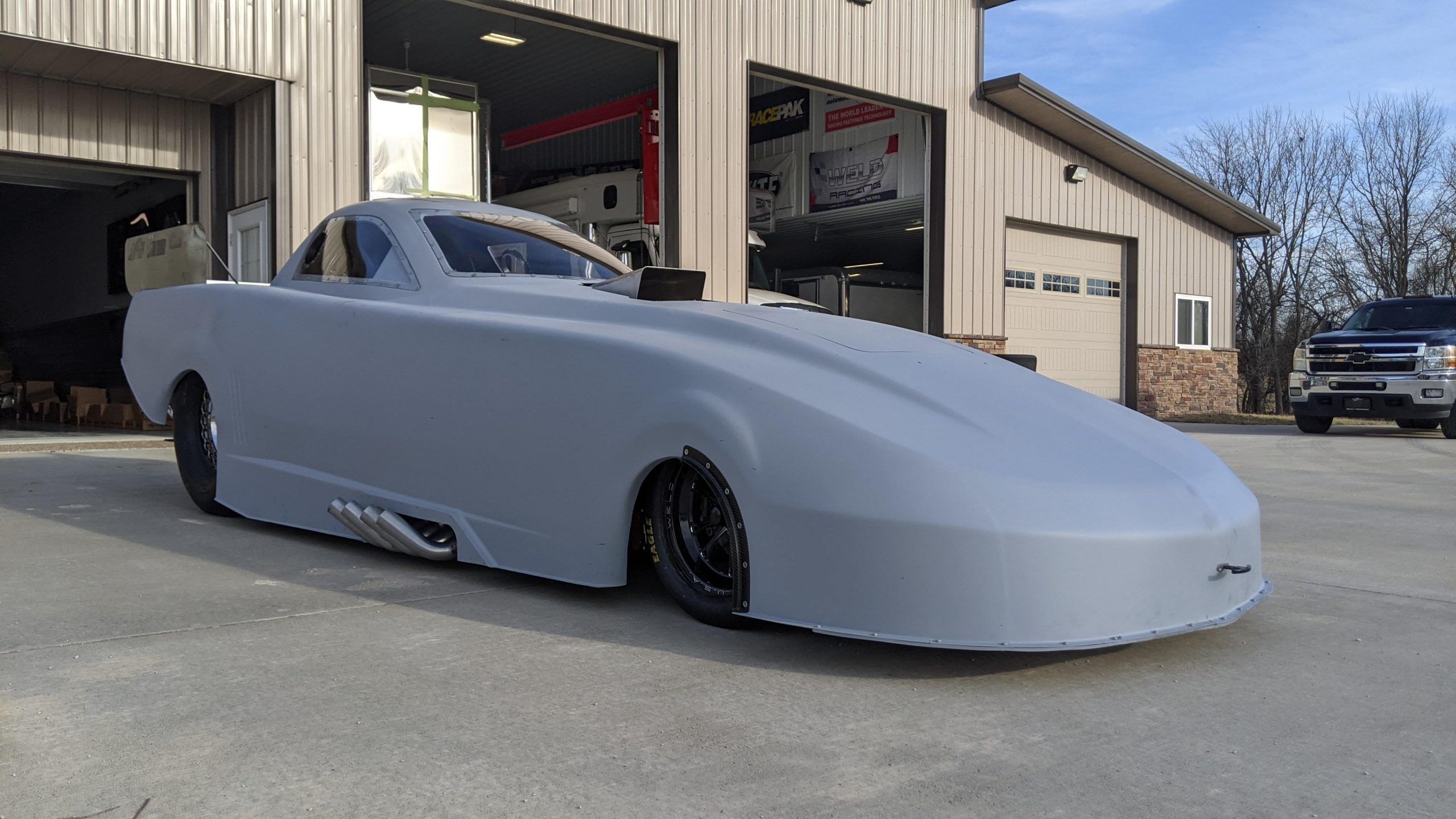 “This will allow us to race closer to home and still mess around with the A/Fuel stuff,” Meyer said. “We’re going to have the option to do the Funny Car, the dragsters or the Altered. That’s kind of my plan. We’ll have them sitting there and if someone wants to rent one, we’ll go run it. We’re looking forward to going out and having some fun with this new car.”

Meyer has been secretively working on this project for months, and it’s finally ready to hit the track.

“I just want to thank the handful of people who’ve donated parts and helped me on this deal,” Meyer said. “They want to see what it can do and what the potential is. There are a lot of people watching to see what happens.”

The Funny Car Chaos Classic is billed as the “biggest Funny Car race in the world,” with 60-plus cars entered. Qualifying set to begin at noon on Friday, with another session Friday night and a final session at noon on Saturday. Eliminations will begin Saturday at 5 p.m.